On 3 Juli 2016By shopmanagerIn Atlan & Artisan

Once you see the bulky bottle and the wax on the wine they call 2013 Epistem n. 2 you can guess this is a special cuvée and for sure not a shy wine. It’s mostly Syrah with some 30% Garnacha Tintorera with a whopping 15.5% alcohol fermented in 800-liter open stainless vats with malolactic in barrel and aging in 300-liter new Taransaud barriques. The nose feels very perfumed, with floral notes, aromatic herbs, spices and a smoky notes, aromas of tar and shoe polish, and hints of nuts, smoked bacon, black olives and cherries. The palate is full-bodied, and the flavors are ntense, it’s almost salty, with pungent flavors and decadent tannins. A hedonistic bomb. This is a Yecla for fans of Sine Qua Non, very good in its style. 900 bottles were filled just before Christmas 2015.

I also tasted the 2013 Epistem n. 3, which is a blend of Monastrell, Syrah and Garnacha Tintorera from a much cooler year which had an élevage in used barrels until it was bottled at the end of 2014. It’s quite perfumed, with aromas of violets and roses mixed with hints of tar, spices and notions of freshness. The palate is medium-bodied, quite balanced, with abundant roasted flavors, quite showy and commercial. 12,000 bottles produced.

The 2014 8 Vents, from a year that saw a long ripening and resulted in veryripe tannins in Mallorca, is an unusual blend of Cabernet Sauvignon, Merlot, Callet and Manto Negro which fermented in open wood and stainless steel vats with dry yeasts and raised in 3,000-liter oak vats and second-use barriques. It had an unusual nose, almost salty, with herbal freshness and some meaty aromas, open, clean and showy. The palate is very tasty, salty again, with very fine tannins and precise flavors. It has good freshness and overall balance. 20,000 bottles produced. Atlan & Artisan keep producing limited quantities of reds from Yecla and this time I also tasted a blend of Cabernet Sauvignon, Merlot, Callet and Manto Negro they produce under the Mallorca DO. No known American importer, so prices are approximated. 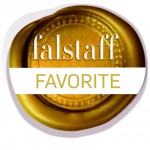